"I'm the Notre Damus of the NBA"

As we head into Week 6 of the fantasy basketball season, I took the liberty of looking up the word fantasy. It is defined as a genre of fiction that commonly uses magic and other supernatural phenomena as a primary element of plot, theme, or setting. It also states that many works within the genre take place in imaginary worlds where magic is common.

As I languish in last place in the Damn Lies league, I’m sure I’m not alone in saying that this season has been far from a fantasy. And with my newfound definition of the term, I am now on the hunt for a magician to turn my season around. With that said, ladies and gentlemen, to offer this week’s selections, allow me introduce the amazing Melodini. This is the only man, in the history of American basketball, who has singlehandedly shattered the hopes and dreams of an entire city, and will get none of the blame. Truly amazing. END_OF_DOCUMENT_TOKEN_TO_BE_REPLACED

We’re getting into that part of the season when many beleaguered owners begin to lose faith and start to not pay as much attention to the waiver wire and free agent pool. Don’t be one of these owners! Be more like your Start, Drop & Roll author, who thinks whining about his fantasy basketball team should be a profession. On to some sage Week 5 guidance.

Nicolas Batum, SF, Portland: I, for one, can’t make up my mind on Batum this year. He has been on the wrong end of a congested swing rotation in the Great Northwest, but is making the most of his opportunities. Gerald Wallace missed the Blazers’ last game with a sprained finger and Crash has never been known to make speedy returns. Batum should offer a nice across-the-board return in a four-game week. END_OF_DOCUMENT_TOKEN_TO_BE_REPLACED 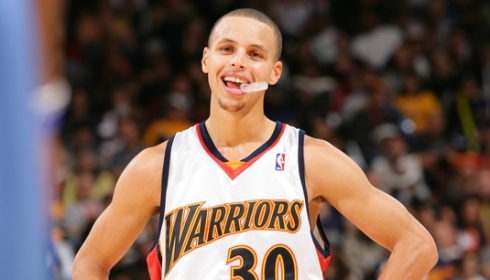 We’re less three weeks into the 2011-12 season and the carnage is sickening. It seems as if half the league has a sore shoulder and the other half a torn pec. But there’s always that 1 percent, and to that end, I’d like you all to know that Stephen Curry remains sidelined with a sprained ankle; Just thought you should be made aware.

The loss of Al Horford for the season will have a dramatic effect on all fantasy leagues. The reaction of Horford’s owners was eerily reminiscent to that of the North Korean people at Kim Jong Il’s funeral. While it is impossible to equate Dear Leader’s popularity, I would imagine that the owners of Josh Smith, Joe Johnson and Jeff Teague are purchasing bouquets as we speak. This triumvirate should post terrific fantasy numbers the rest of the way, and I’m also starting to think that this is the perfect opportunity to take a flyer on Marvin Williams. He returned to the Atlanta rotation on Saturday, and if he is ever going to live up to his hype, after being selected No. 2 in the draft ahead of Deron Williams and Chris Paul, this will be his chance. As for the Hawks’ new starting center, Zaza Pachulia, I think I’d rather pick up Zsa Zsa Gabor.

On to the selections for Week 4.

END_OF_DOCUMENT_TOKEN_TO_BE_REPLACED

We know you can literally pick up the rail-thin Ant-Rand, but should you pick him up in fantasy?

Welcome to Outrageous Claims, where the Damn Lies writers examine players that fantasy basketball owners might want to add to their teams. If you agree or disagree, or just want to vent, leave a message in the comments.

For a young shaver, Randolph has certainly bounced around the league, but he now finds himself in a pretty good situation in Minnesota. There are 144 minutes to go around at small forward, power forward and center. Kevin Love has 40 of them, Michael Beasley may be out for a month, Anthony Tolliver is failing miserably in nearly 25 minutes per game, Derrick Williams has huge potential but is young and somewhat struggling, and Darko Milicic is as much an NBA player as Abner Goldstein. So, whether it’s by default, freakish athletic ability, or a combination of both, the 6’11 Randolph should begin to seize a regular 25-minute role on this team. Last night, he played a season-high 29 minutes against the Bulls and tallied 18 points with a block and a steal. He won’t continue to score like this, but a la Tyrus Thomas, his potential for blocks and steals is staggering.

Greg’s Claim: Randolph has gotten stronger this year, and is athletic enough to play all three frontcourt positions. I have little faith in him to produce as he has done nothing but break our hearts in the past, but let’s remember his age and the fact that he now has a body that wouldn’t be bowled over by a cool breeze. If you have a Rashard Lewis or a Chase Budinger to excavate from your roster I’d take my chances with Randolph, but keep the leash short.

How could you not love this guy?

We’re nearly two weeks into the regular season and I don’t think anyone participating in fantasy basketball has any idea what’s going on. How could the NBA think that 66 games over 125 days could possibly work? It seems as if every player is either hurt, out for no apparent reason, or simply dreadful.

Personally, I ended Week 1 in last place in the Damn Lies League, a mere 50 points out of first. I walked around my house in a stupor on Sunday evening, a la Robert the Bruce at the Scottish gravesite after betraying William Wallace. Week 2 has been much better thanks to the return of a two-legged Andrew Bynum, but as a Dorell Wright owner, I’m still teetering on the brink of driving to the Bay area and giving him a massive Indian burn.

But this column, which I will commit to on a weekly basis, is not about me and my incessant whining. It’s about you, our coveted Damn Lies readers, and your need for some good ol’ fashion advice on whom to start, sit and pick up for the coming week. Let’s get down to business. END_OF_DOCUMENT_TOKEN_TO_BE_REPLACED

Welcome to Outrageous Claims, where the Damn Lies writers examine players that fantasy basketball owners might want to add to their teams. If you agree or disagree, or just want to vent, leave a message in the comments.

"I read what you wrote, Greg, and right now we're only prepared to deal Love and Rubio for Johnson. That could change."

James Johnson (SF, TOR)
The Raptors are probably the toughest team in the NBA to figure out from a fantasy standpoint. Andrea Bargnani was the only guy we knew would go in the top 70 and be serviceable. Beyond him, this squad is loaded with sleepers and borderline free agent claimees, including Amir Johnson, Ed Davis, Jerryd Bayless and James Johnson. Through two games, we can make pretty strong cases for the first three as Amir is rebounding and blocking shots as the starting power forward, Davis is rebounding and blocking shots in a key bench role, and Bayless knows that there is a hospital gurney with Jose Calderon’s name on it. James Johnson has also carved out a nice role on this squad and through two games has averaged 32.5 minutes, 5.5 points, 7.0 rebounds, 3.5 assists, 4.0 steals and 2.5 blocks. The steals and blocks are jaw-dropping, but the sample is too small to try to convince even a boob like David Kahn that this is the second coming of Scottie Pippen. But when taking into account that starting small forward Rasual Butler stinks on ice and that Johnson averaged 9.2 points, 4.7 rebounds, 3.0 assists, 1.1 blocks and 1.0 steals in 28 minutes a night with Toronto last season, he should be scooped up in all deep leagues.

Greg’s Claim: If you can take a small hit in scoring, add Johnson in all leagues of 12 or more teams. He’ll serve as a nice source of blocks and steals and won’t destroy you in any other category.

We are a mere nine days from the start of the regular season and have yet to deploy our annual Sleepers column, the Rolls Royce of Sleepers columns, if you will. So, without any pomp and circumstance, Greg “Ambien” Fox is ready and up to the task. Remember, it was I who announced to the world to take an unknown named LeBron James last year. It was I who said back in ’89 that this Jordan fellow might be worth a mid-round flier. It was I in ’61 who implored fantasy enthusiasts to jump on Wilt the Stilt (those of the female persuasion took me a little too literally). They threw me out of the Connecticut School of Broadcasting in ’83 after I said that Edmund Sherrod would be the next Bob Cousy. I showed them back then and I’ll show you again. So without further ado… END_OF_DOCUMENT_TOKEN_TO_BE_REPLACED